In 1903, Mr Cadman opened the doors of the original Cadmans Dance School in King Street, Stretford, Manchester, and was only the second dance school to be established in Manchester after Finnigans Dance School on Queen’s Road in Cheetham Hill.

Mr Cadman ran the dance school with the assistance of his daughter, Peggy. The school had mainly private and class teaching in the downstairs studios and held social dances in the upstairs ballroom. Following a successful run of the studio, Mr Cadman decided to move on to another chapter and put the school up for sale.

Wayne who already owned Connections Dance School in Levenshulme, Manchester, had a wealth of experience following his previous competitive dancing career and teacher mentoring from one of the ‘Greats’ of the dance world, Bob Dale. With these skills Wayne built the school in to a thriving part of the Sale community, teaching all styles of dance, Ballroom, Latin American, Commercial, Salsa, Tap, Ballet as well as fitness classes in Zumba, Bokwa and Fitsteps. Wayne also introduced other competitive opportunities through the ‘Supadance League’ where schools competed against one another from around the country. Cadmans Dance Centre was successfully ran by Wayne Newhouse for 27 years, however after teaching dance for over 30 years, it was time to move on to new things and allow the next generation of principles to continue to success of Cadmans Dance Centre. 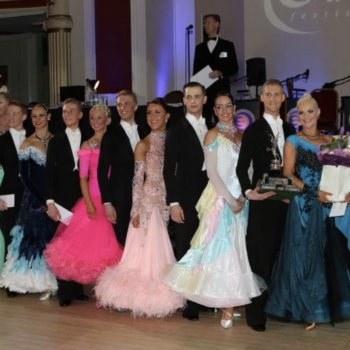 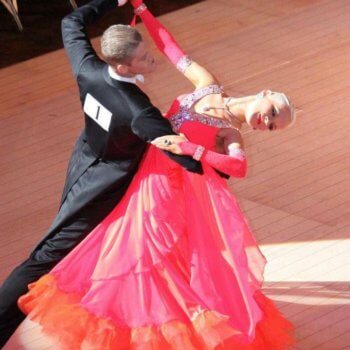 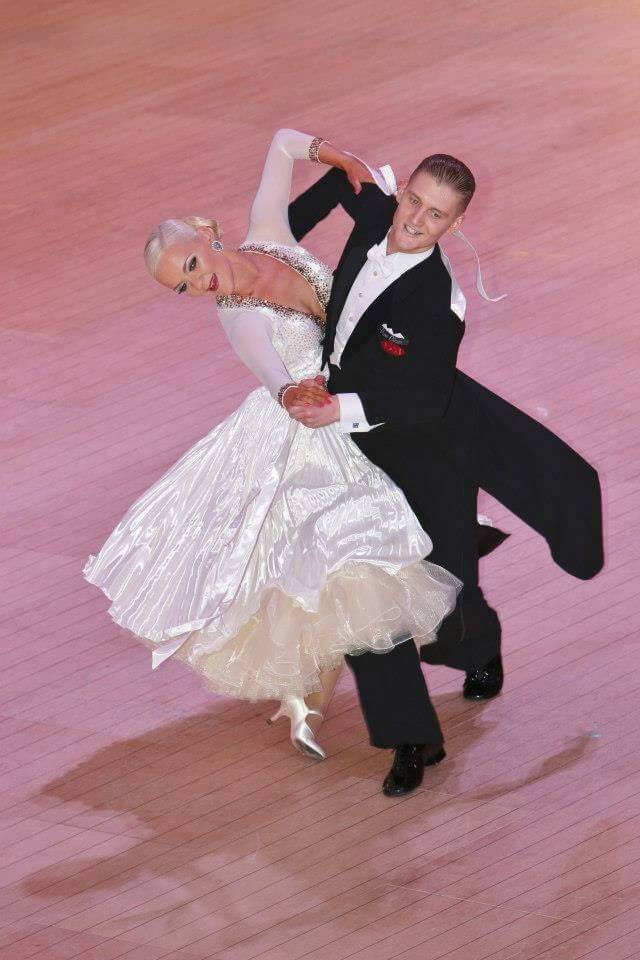 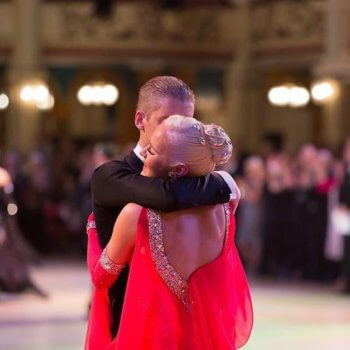 Chris & Vicki began their partnership in July 2008 following already successful careers with their previous dance partners. Since partnering up they have travelled the world competing and performing in many prestigious competitions and events. During their first 7 years of their partnership as amateurs they had many achievements, including rising to 1st place in the UK in the EADA (English Amateur Dancers Association) in the Amateur Ballroom category, Representing England in two invitation WDSF European Championships in Russia and Poland; Representing England in two invitation WDSF World Championships in Russia and Germany and winners of many regional Championships.

Some of their best amateur achievements are listed below;

In 2016 they took the decision to turn professional and start a new chapter in their dance career. It is at this time they began initial talks with Wayne Newhouse to take over Cadmans Dance Centre.

Chris and Vicki continue to train and compete all over the world hoping to continue their own knowledge and experience to then pass on and inspire their students. 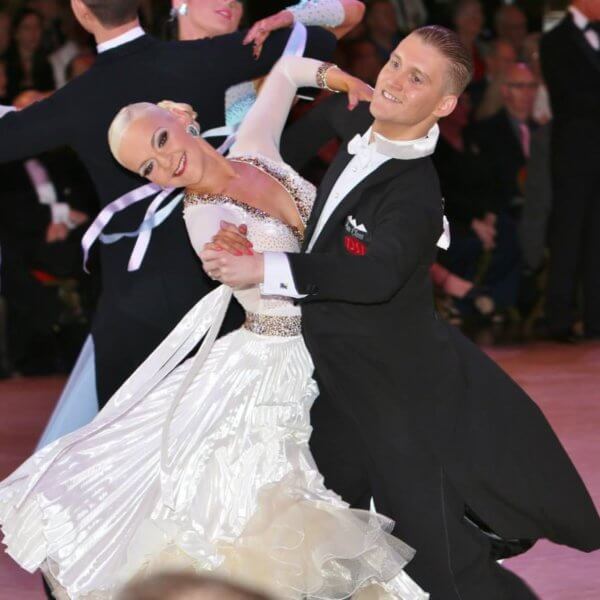 So far in their professional career they have had the following achievements;

Chris & Vicki describe themselves as traditional English Ballroom Dancers and are proud of their dancing journey especially as they both attended university and have had full time jobs whilst continuing to compete at a high level.

Since taking over Cadmans Dance Centre in April 2017 they have put their own stamp on the studio with a major ongoing refurbishment project, adding more glitz and glamour to the ballroom! Cadmans has been such a big part of their lives, especially for Vicki who has been here since the age of 4, and so they put their heart and soul in to preserving this special place.

In March 2018, Chris took a big step and proposed to Vicki so they are currently also planning a wedding for 2019!!! 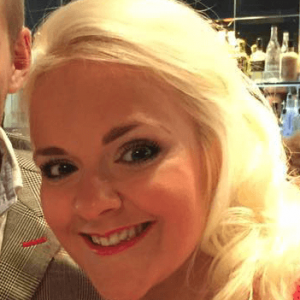 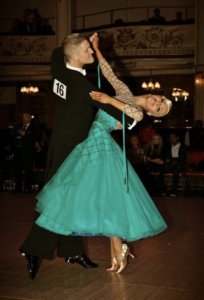 Victoria began dancing at Cadmans Dance Centre when she was a small child in 1990 and has been teaching in the studio for over 15 years.

Victoria originally attended the classes as a young child, participating in the Ballroom and Latin American Classes. Following which she took her medals and then competed from the school in county and national competitions in both the Supadance League and the IDTA Nationwide Festivals.

At the age of 15, Victoria then decided to progress in the to the open competitive scene where she would continue to dance nationally and internationally representing her country in many prestigious competitions. During this time Victoria would progress to rank at the top of the EADA chart (English Amateur Dancers Association) in both Ballroom and Latin American in the youth category with her dance partner. Their success continued as they competed regularly and became finalists in the Under 21’s British Championships, Under 21’s United Kingdom Championships and Amateur North of England championships. Also due to their success in both Ballroom and Latin American they were also finalist in the United Kingdom Amateur 10 Dance Championships.

Then in July 2008 Christopher had dance tryout with Victoria and they agreed to dance together as Amateurs. 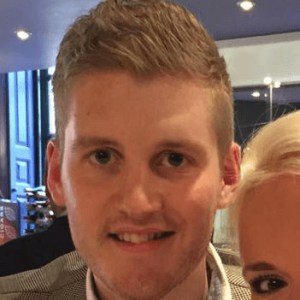 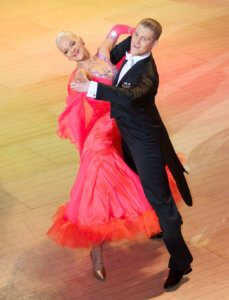 Christopher came from a background of dancers through his Parents and Grand Parents before. Originally from Stourbridge in the West Midlands, Christopher started dancing at the age of 6, going to local dance classes ran by family friends.

Christopher started his competitive career at 12 years old as a junior in the Open Competition Circuit. During the time competing as a junior Christopher worked his way up the national ranking to 1st in the UK in the EADA (English Amateur Dancers Association) in the junior Ballroom category. As well as this Christopher and his then dancer partner were invited to the WDSF World and European Championships as England representatives, finished as Finalist in the British Championships, United Kingdom Championships and Won the Prestigious Junior British North of England Championships, one of the longest established competitions in the World. Also Christopher was a member of the Junior British Team at the Junior Open British Championships held at the Famous Tower Ballroom.

When Christopher turned 16, he and his dance partner moved in to the youth and amateur categories. Their success continued from their junior career as they moved in to 1st place in the UK in the EADA (English Amateur Dancers Association) in the Youth Ballroom category. Additionally they competed across the country winning many championship titles and were invited to many WDSF World and European Championships as England representatives, as well as being finalists in the Under 21’s British Championships, Under 21’s United Kingdom Championships and Amateur North of England championships.

Then in July 2008 Christopher had dance tryout with Victoria and they agreed to dance together as Amateurs.